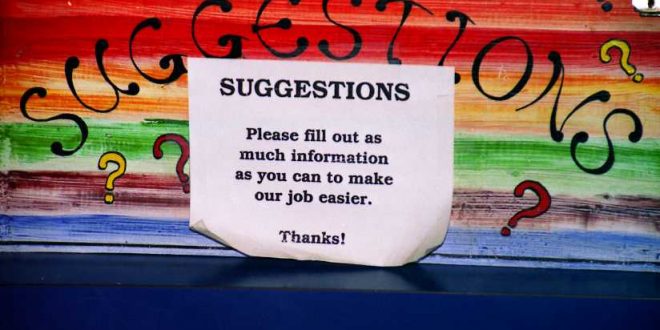 Think of the cosmos as your suggestion box. You are part of a species that suggests manifestations, which, for better or worse, often become actualities. If the matrix is not as you would like it to be, it is up to you to make suggestions. According to some magical traditions the most potent way to make reality-altering suggestions is not through prayers of supplication, where you ask for such and such. Such thought forms include the information that what you ask for does not presently exist. Instead, feel the feelings and experience the reality of the present existence of what you seek to manifest. This is the most potent form of suggestion to the field of manifestation. The cosmos is more open to suggestions than you might imagine. But be careful what you ask for. It is said that more tears are shed for answered prayers than unanswered ones.
In the New Age the possibility of manifestation is often inflated to the fundamentalism of “you create your own reality” as absolutism and the core of a New Age fundamentalism. For a more balanced appraisal of this principle see: Dynamic Paradoxicalism and Magik with Tears (where you will also find more principles of manifestation)

Crowley’s classic Magik in Theory and Practice is apparently past copyright and widely available on the web. Click the link for one of the online copies.

For those of you willing to read more, here are some of Crowley’s essential principles of magick:

I Magick is the Science and Art of causing Change to occur in conformity with Will.

II. Postulate ANY required Change may be effected by the application of the proper kind and degree of Force in the proper manner through the proper medium to the proper object.

1. Every intentional act is a Magickal Act.

2. Every successful act has conformed to the postulate.

3. Every failure proves that one or more requirements of the postulate have not been fulfilled.

4. The first requisite of causing any change is thorough qualitative and quantitative understanding of the conditions. (Illustration: The most common cause of failure in life is ignorance of one’s own True Will, or of the means by which to fulfill that Will…He may really be a painter, and yet fail to understand and to measure the difficulties peculiar to that career.)

5. The second requisite of causing any change is the practical ability to set in right motion the necessary forces.

8. A man whose conscious will is at odds with his True Will is wasting his strength. He cannot hope to influence his environment efficiently.

9. A man who is doing his True Will has the inertia of the Universe to assist him.

15. Every force in the Universe is capable of being transformed into any other kind of force by using suitable means. There is thus an inexhaustible supply of any particular kind of force that we may need.

16. The application of any given force affects all the orders of being which exist in the object to which it is applied, whichever of those orders is directly affected.

17. A man may learn to use any force so as to serve any purpose, by taking advantage of the above theorems.

18. He may attract to himself any force of the Universe by making himself a fit receptacle for it, establishing a connection with it, and arranging conditions so that it’s nature compels it to flow toward him.

19. Man’s sense of himself as separate from, and opposed to, the Universe is a bar to his conducting its currents. It insulates him.

(Illustration: A popular leader is most successful when he forgets himself, and remembers only “The Cause.” Self-seeking engenders jealousies and schism.)

20. A man can only attract and employ the forces for which he is really fitted.

21. There is no limit to the extent of the relations of any man with the Universe in essence; for as soon as man makes himself one with any idea, the means of measurement cease to exist. But his power to utilize that force is limited by his mental power and capacity, and by the circumstances of his human environment.

25. Every man must do Magick each time that he acts or even thinks, since a thought is an internal act whose influence ultimately affects action, though it may not do so at the time.

39 Every act of your life is a magickal act; whenever from ignorance, carelessness, clumsiness, or what not, you come short of perfect artistic success, you inevitably register failure, discomfort, frustration.

Why should you study and practice Magick? Because you can’t help doing it, and you had better do it well than badly.

Accordingly, the most important preliminary to any Magickal operation is to make sure that its object is not only harmonious with, but necessary to, your Great Work.

“Thou has no right but to do thy will.” Every act, therefore, with the thoughts and words which determine its performance, is a sacrament.

To refuse to fulfill any of one’s possibilities is the direct negation of the Great Work.