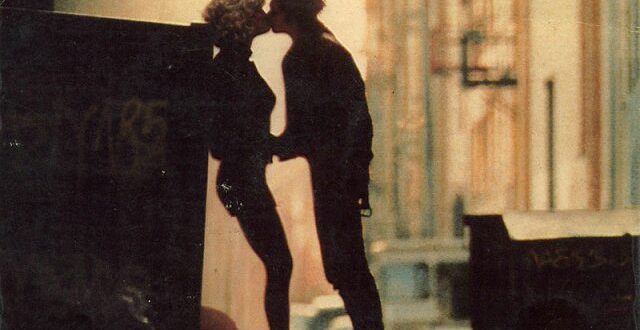 Movie still from Sid and Nancy

Glamor and death energy are aspects that don’t have to go together, but often do. Their intermingling is a magnetic coupling favored by both cosmos and psyche.

Glamor and death energy synergize into a precious, an all attractive jewel glittering in the night of time which mesmerizes my gaze, compelling me to forever reach for that which forever eludes my grasp.

Glamorous death energy invites me toward the promise of sweet delight, set so brilliantly against the backdrop of eternal night.

The dark force, like the devil who has the ability to assume a pleasing form, often comes to us in a glamorous, seductive form. Often that form is a charismatic, attractive person who would like you to join them in their downward spiral. In other cases, the glamor is contained in white powders, volatile fluids, happening scenes, video screens and myriad other forms and guises.

For me, ground zero of glamorous death energy was the East Village of New York City where I lived in the early to mid-Eighties. A huge scene was exploding there, and much of it was highly novel and creative. The neighborhood I lived in was the punk capital of the world, and fascinating mutants from all over abounded on the streets 24/7. Allen Ginsberg lived a block a way, and I saw him on the street constantly — also Quentin Crisp, Madonna, Grace Jones and many others whose names are forgotten, but whose faces glitter in the night of time. I was friends with the late, great Keith Haring whose first shows were at the Fun Gallery right across the street from my building. Fifty storefront art galleries were ever changing portals into the mutating visual imaginations of other late Baby Boomers like myself. But dark threads wove potently through this harlequin-colored tapestry, and at some point I began to wonder why there were so many casualties, why was almost everyone wearing black, why had so many succumbed to addiction and toxic promiscuity,why was the air so thick with the neon glow of tragic magic?

Never underestimate the power of the dark force to put on a coat of many sparkling colors and pull you into a dark alley where, within sweet shadowy depths, sharing a syringe may seem sexy and alluring.

The positive aspect is that this is a propitious time to become more aware of the siren call of glamorous death energy.

I’m indebted to my friend Rob Brezsny for the immortal phrase, “tragic magic.” Want an antidote for glamorous death energy? Get the new edition of his book Pronoia if you want to own a harlequin-colored cornucopia of glamorous life energy.

For those of you willing to read more, here ae some thoughts about temptation:

Temptations are very, very tempting and that is probably why they are called temptations. It is foolish to underestimate their power. Before you reach for a temptation, ask yourself if you will remember this indulgence well on your death bed. If you will, then you’d be a fool to pass it up. If you won’t, and you keep on reaching for it again and again and again, then you are on the path of a Ring Wraith withering into a hungry ghost.

There are many forces within us: appetites, compulsions, complexes, and sub personalities, and all of them are reaching for the steering wheel. We each need to develop a strong central witness personality, one capable of observing and overseeing the process without becoming possessed by a compulsion, appetite, or inferior sub-personality.

Depending on the position of the card it may also refer to someone you are connected to who is addicted. It is rarely appropriate to life guard other people. Often the best you can do for an obsessed/addicted person is to lovingly withdraw energy from them while they are in a state of eclipse. If possible, think of them when they are at their best, but extend trust only when they earn it. For more on how to relate to others according to the principles of the I Ching see A Guide to the Perplexed Interdimensional Traveler.

But there is more in heaven and earth than is dreamt of in the philosophy of neurological materialists and fatalistic observers of human history. As William James said, “All that is necessary to disprove the notion that all crows are black is one white crow.” If any human being has ever resolved this problem then the possibility is open for you not to be ruled by your reptilian aspects. Free will is rarer and more fragile than some presume, but you have a choice, become a white crow.

See: I.U.I. — Incarnating under the Influence in a Polywater World