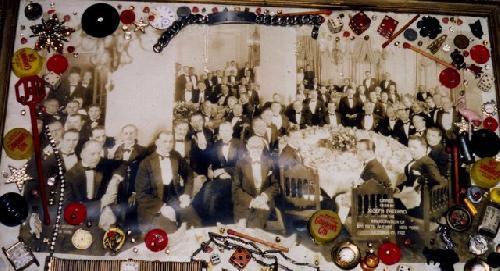 This is an assemblage I created in 1976 using a framed photo I found in a garbage can in the Bronx and various objects I found in a desk drawer in my parent's basement in the Bronx. Card URL: http://www.zaporacle.com/card/remembrance-of-things-past/

Card #430 – Remembrance of Things Past