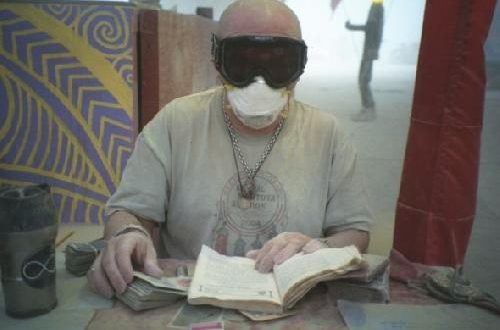 The value of perseverance has been recognized by people of every culture and every period. If plants and animals could articulate the key principles they live by, perseverance would be chief among them.

The I Ching is the world’s oldest book and the mother source of almost all Eastern thought and culture. Hexagram 32 is variously translated as “Duration” or “Perseverance” and it eloquently expresses the value of a meaningful sort of endurance, recognized as a key virtue by the ancient Chinese. From the Wilhem/Baynes I Ching:

It furthers one to have somewhere to go.”

“Duration is a state whose movement is not worn down by hindrances. It is not a state of rest, for mere standstill is regression. Duration is rather the self-contained and therefore self-renewing movement of an organized, fully integrated whole, taking place in accordance with immutable laws and beginning anew at every ending…So likewise the dedicated man embodies an enduring meaning in his way of life, and thereby the world is formed.”

I quoted the I Ching because to some the emphasis on perseverance, diligence and so forth may sound like Western, patriarchal, puritanical work ethic. I also like the depth of the I Ching view of perseverance with its emphasis on embodying “an enduring meaning.” Perseverance does not mean merely continuing to get by, and it does not mean frantic busyness, or even, from this point of view, focused, disciplined effort toward unworthy goals. Perseverance doesn’t count unless you are persevering in something that counts. When people don’t have that innate sort of perseverance — a will to overcome difficulties and inertia to generate meaning and life-affirming value — I find that I have little enthusiasm to help them and instinctively avoid their company. For example, I know a young man who is very talented, charismatic and benevolent but lacks Warrior discipline and meaningful goals. He’s the kind of person who says “no worries” a lot. But from my vantage he needs some worries, and could greatly benefit from the right sort of anxiety. He’s great at carefree appreciation of life and is kind to friends, but to me his life seems flaccid and self-indulgent. He has no fire in the belly to make some significant contribution to the world, and I find his carefree approach to be lackadaisical and irksome. I would rather be around someone much less talented who is struggling to achieve worthy goals.

Although worthy goals are crucial, the I Ching advises that to achieve them it is best to be path-oriented rather than goal-oriented. I’ve noticed a pattern in my life that my goals rarely seem to be achieved when I focus on them intensely. More often the pattern has been that I feel frustrated because I’m not reaching my goals, go through some despair about that, and ultimately decide to stay on my path and follow the stance I call “existential impeccability” even though the goals seem out of reach. It is usually during such times of more resigned perseverance that some break occurs and an unexpected opportunity opens up.

There are some classic ways that we undermine our perseverance:

1. We set up a deadline or linear progress map for success and fall into defeatism and self-pity when the territory is different than our imagined map.

2. We compare our situation to those of others who seem to have succeeded more quickly or completely than we have. This is called “upward comparison” and research has correlated that tendency with unhappiness, while “downward comparison” — compassionately and with gratitude comparing our situation to those less fortunate — is correlated with happiness.

3. We surrender to inertia. As Jung said (I’m quoting from memory), “Man’s greatest passion isn’t sex, power or money; it’s laziness.” In his Yoga Sutras, written around 150 BC, Pantajali said (again, I’m quoting from memory), “Energy is like a muscle, it grows stronger through being used.” If you have a big dream, a good rule of thumb is that it’s probably going to take at least two hours of focused work everyday to achieve it.

4. We surrender to darkness. We are feeling stressed, anxious, exhausted, depressed or are in a state of emotional turmoil, and feel we can’t stay on the path. We quit, or self-sabotage in various ways by self-medicating, surrendering to distraction, etc. and sacrifice the path of meaning.

Consider this a propitious time to examine your relationship to perseverance.

For those with time to read more, here are some quotes on perseverance:

“Until one is committed, there is hesitancy, the chance to draw back — Concerning all acts of initiative (and creation), there is one elementary truth that ignorance of which kills countless ideas and splendid plans: that the moment one definitely commits oneself, then Providence moves too. All sorts of things occur to help one that would never otherwise have occurred. A whole stream of events issues from the decision, raising in one’s favor all manner of unforeseen incidents and meetings and material assistance, which no man could have dreamed would have come his way. Whatever you can do, or dream you can do, begin it. Boldness has genius, power, and magic in it. Begin it now.” — Goethe, as paraphrased by John Anster

“The road to success is dotted with many tempting parking places.” — Anonymous

“When you come to the end of your rope, tie a knot and hang on.” — Thomas Jefferson

“It’s not that I’m so smart, it’s just that I stay with problems longer.” — Albert Einstein

“Perseverance… keeps honor bright: to have done, is to hang quite out of fashion, like a rusty nail in monumental mockery.” — William Shakespeare, Troilus and Cressida

“The drops of rain make a hole in the stone not by violence but by oft falling.” — Lucretius

“Don’t be discouraged. It’s often the last key in the bunch that opens the lock.” — Anonymous

“The great majority of men are bundles of beginnings.” — Ralph Waldo Emerson

“Saints are sinners who kept on going.” — Robert Louis Stevenson

“One may go a long way after one is tired.” — French Proverb

“As a means to success, determination has this advantage over talent – that it does not have to be recognized by others.” — Robert Brault

“Don’t let the fear of the time it will take to accomplish something stand in the way of your doing it. The time will pass anyway; we might just as well put that passing time to the best possible use.” — Earl Nightingale

“Many of the great achievements of the world were accomplished by tired and discouraged men who kept on working.” — Einstein

“No need for hope to get started, nor for success to persevere. — William the Silent

“Diamonds are only chunks of coal,

That stuck to their jobs, you see.”

Upon the blotted record of lost years,

But turn the leaf, and smile, oh! smile, to see

The fair white pages that remain for thee.”

“Success is sweet and sweeter if long delayed and gotten through many struggles and defeats.”

“Man is a goal seeking animal. His life only has meaning if he is reaching out and striving for his goals.” — Aristotle

“[S]itting down by the road side to cry is no way to get the cart out of the mud. Shoulder to wheel, and on you go.”

“People who are unable to motivate themselves must be content with mediocrity, no matter how impressive their other talents.” — Andrew Carnegie

“I always tell my kids if you lay down, people will step over you. But if you keep scrambling, if you keep going, someone will always, always give you a hand. Always. But you gotta keep dancing, you gotta keep your feet moving.” — Morgan Freeman

“There is a comfort in the strength of love;

‘Twill make a thing endurable, which else

Would break the heart.” — William Wordsworth, from Lyrical Ballads with Other Poems, Vol. 2 (1800).

“He who has a strong enough why can bear almost any how.”

~ Friedrich Wilhelm Nietzsche, The Twilight of the Idols (1888).

“Success consists of getting up just one more time than you fall.” — Oliver Goldsmith

“Most people never run far enough on their first wind to find out they’ve got a second. Give your dreams all you’ve got and you’ll be amazed at the energy that comes out of you.”

Seeking thy goal with forward tide

That naught can stop, or turn aside.”

To strengthen your perseverance skills I recommend:

The Way of the Warrior

and other documents in the Warrior Stance Section of this site