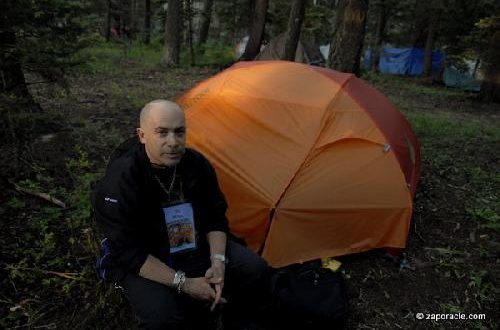 “No fate but what we make.” Terminator 2: Judgment Day

Often we tend to think that the answer to what troubles us lies fully formed somewhere, and we need only seek out that fully formed answer through an oracle or some other means. But perhaps we are, as George W. Bush would say, “The Decider.” It is not for something outside of us to supply the answer; it is for us to choose the answer.

Sometimes there really is an answer “out there” to a fateful dilemma or difficult situation we are living through. This is because many situations are close variations on classic situations for which there are classic solutions. For example, we might be in a difficult situation that is the result of our stubbornly trying to force progress in some area of life. In such a situation we may make the classic mistake of hubris, arrogantly presuming upon a power that we don’t really possess, and often we suffer for this. Alternatively, we could consult an oracle, a wise counselor or ancient literature, and find a ready-made classic answer to our situation, such as: relinquish prideful ambition, submit humbly to fate and work with it rather than against it. But in other cases, the classic solutions are insufficient, and we must either create or cocreate a novel solution.

This card is the result of a series of dreams. The dreams seem to show that my essential life situation has deep ancestral roots. In one of the dreams, a holy and wise ancestor seemed to give me acknowledgment. The man was blind, a quality I understood as indicating that his vision was bound before the unformed future, a future I would need to help shape. In the last of this long series of dreams, I received a unique tent that seemed to be designed with ingenious precision. I only had to turn a crank on a cylinder and the tent would erect itself. Once the tent was set up, I realize that I needed to restore it to my backpack and continue traveling. However, there were no instructions on how to break the tent down. Somehow I knew that the tent had been produced by a married couple, the husband of which was an entrepreneurial inventor. I noticed the wife of the couple and asked her how to undo the tent. She responded evasively, telling me to ask her husband. I realized that as ingenious as the tent seemed, the inventors never invented a way to undo the tent once it was set up. I became very annoyed and a bit angry. After a time I realized I might be able to figure out a way to unmake the tent myself, but the dream ended and I awoke.

Not long after I awoke, I realized that the dreams were acknowledgement of the fact that a lot of precision, intention and ancestral momentum had gone into creating my life situation, but that there were no preformed ready-made solutions to it. Part of my fate is that I have to create my own solutions, or cocreate them, because although fate has unformed aspects that give some room for my free will to operate, it still has formed aspects as well, and therefore my ability to find solutions also depends on the good will of other free-willed persons involved. A solution has to be cocreated in a situation of creative interdependence.

The essential insight of Gnosticism is that nothing is more crucial than gnosis, the direct, inner spiritual knowing. Many people, however — fundamentalists would be the extreme example — feel they have to consult an outside authority, a savior, a religious or governmental functionary, a parent, a divine text or rule book, to find solutions. But it is gnosis that is the essential guide through largely unformed, novel situations.

Some people fall for what I call the museum curator fallacy. Perceiving that there is something sacred about the universe, they feel that they don’t dare touch anything or change anything or interfere with anything. They become like a member of a Star Trek away team with an over-fussy sense of the prime directive. What people caught by the museum curator fallacy forget is that they are not outside of the glass case, they are in it, and that they were designed by nature to be interventionist alchemists.

On the other hand, gnosis does not always provide you with certainty on how to intervene. Nor does it provide a grand, encompassing solution to a difficult situation. Deng Ming Dao, a modern Taoist sage, points out that one should never underestimate the value of a partial solution. Often we are navigating through a murky, misty sea and cannot see the distant shore of the land we are heading toward. When this is the case, we engage point-to-point navigation; we aim at the nearest point we feel sure of.

In other cases, gnosis calls us to intervene drastically. Rather than flowing with things, we are called to pierce through to the source code of the matrix and shift things fundamentally. For example, in Star Trek mythology, prospective Federation captains are tested in sophisticated simulators with a no-win scenario called the “Kobayashi Maru,” a tactically impossible situation where every possible strategy and series of actions will fail. Captain Kirk’s response when he was tested by the Kobayashi Maru simulation for the third time was to reject the no-win scenario. He did this by reprogramming the simulation computer.

Consider this a propitious time to reprogram, to cocreate novel, life-affirming solutions to an unformed fate.