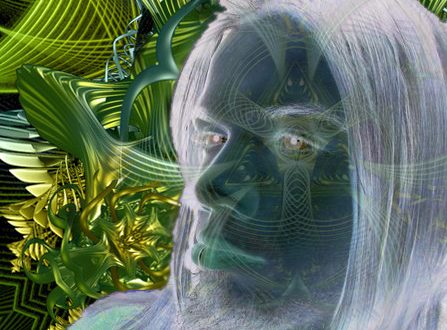 Becoming aware that you are dreaming in the dream time, and also becoming aware in the waking time that this is another type of dream, a collective dream. A classic lucid dreaming technique is to ask yourself throughout the day Am I dreaming? In some ways the answer is always: Yes.

The heart has two phases, contraction and expansion, systole and diastole. Mammal incarnation has two phases it cycles through on a daily basis — waking and dreaming. We are interdimensional travelers, arriving from another dimension at birth, departing to other dimensions at death. The cycle of the day recapitulates the cycle of a life. At night/old age we run out of energy, grow sleepy, and eventually surrender to the temporary oblivion of sleep/death. Sleep/death is not an eternity of velvet darkness; the velvet darkness is polka-dotted with shimmering portals — incarnations/dreams. The dreamtime is our other daily dimension, and it is ruled by a different physics than the physics of our waking dimension. The relentless and ubiquitous tyrant gravity does not bind us, and if we realize that we are able to fly and translocate at will. Linear time does not bind us, and past, present and future fold together in wavy patterns like Damascus steel. In the dreamtime, synchronicity is the rule rather than the seeming exception. The Tao of the dream usually unfolds in parallel to inner psychic content. An unproven assumption is that we generate our own dreams. But the dreams of people who are dull and unimaginative in the waking life, often have the surreal double and triple entendre complexity of the dreams of the most imaginative, as if they were all directed by David Lynch. And who is the dream generator in the many documented cases of mutual dreaming?

See the dream category of the writing section of this site.