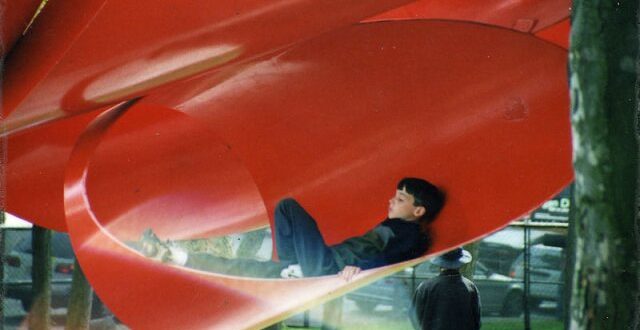 Loneliness can be circumstantial, but it can also be a mind set, a false belief that we are alone in our minds/psyches. This is an artificial capsule we create around ourselves, when actually, like the boy in the photo, we are never alone.

Often it is better to endure loneliness than to be part of a faceless crowd. The path of individuation can feel isolating,but some relative seclusion can be extremely developmental, giving you the space to discover and unfold your individuality. It is true that the more you work on yourself the fewer will be the people you can relate to as full equals. Don’t fall into self pity or victimhood about this. No person is an island, we are all floating in the same ocean of consciousness. The path of individuation may sometimes be lonely, but being lost in a crowd of acquaintances is also lonely and worse in all sorts of ways. Follow your individual path, accept the partial isolation and you may discover that it leads you to spiritual allies following their own individual paths to a place where many paths and errands meet.

Though you may not feel good about it, it is possible that this card may indicate a propitious time for solitude. Solitude and togetherness with others are two of the main variables that our lives need to fluctuate between. Many people under value the solitary side of the spectrum and experience it as a privation and hardship. We are social mammals and research by Seligman and others has shown that people universally report being happier when other people are around. In solitude, many people become more subject to psychic entropy — a chaotic state of negative thought loops and emotions. Most psychopathology — eating disorder behavior, for example, happens in solitude which is also where people contemplate suicide, etc. Even people who say they prefer solitude report being happier when in the company of others. But what makes us happier in the short run is not always what we need for our development or to do our most important work. Sometimes I may bring my laptop to coffee shops and work on various tasks there. The presence of other people, even though I rarely relate to them, is a social stimulant, like a cup of espresso, part of my brain lights up as I recognize different human types and over hear fragments of conversation. But like espresso, this stimulation can also be an unproductive addiction, and the focus on my work may be lessened by the presence of distractions, caffeinated bursts of social chatter, cell phones and a whole mosaic of irrelevant perceptions. In solitude I am more powerful, more of my inner resources are available to focus on what I need them to focus on rather than the inevitable fragmentation of energy spent reacting to whatever happens to be occurring in the common space. It is in solitude that we concentrate whatever is in our cauldron. Individuality is largely the product of solitude. Solitude is where most of the high level creativity happens, the breakthroughs, the life-changing realizations, and yes, the dark nights of the soul, which are so necessary for our spiritual development. As Jung says,