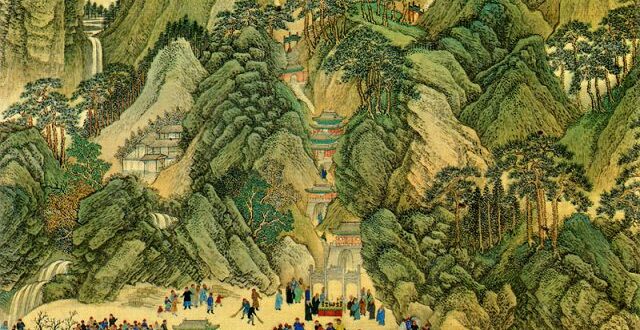 Card #239 – Inspection Tour of the Collective

Get out there and see what is happening in the world. Sometimes the conscious mutant will tend to withdraw from the blooming, buzzing madness of collective energy. It is also easy to fall into an attitude of sarcastic disdain towards the often grotesque and toxic goings on. But we need to know what is happening in our world. What is the state of the present zeitgeist? What is happening locally and globally?

Some people feel justified in not knowing about current events. They assert, with some legitimacy, that the news is so often negative and ruled by the “if it bleeds it leads” principle of infotainment. While this is true of many news sources, it does not excuse the obligation of every capable citizen to be as informed as possible about what is happening. While the internet is currently bankrupting newspapers and defunding rigorous journalism, it also makes available many new, non-mainstream sources of information.

Even better than seeking out news sources is for you to be your own journalist and visiting anthropologist. The view from the street is irreplaceable if you really want to know what is going on. Some hardcore right-wingers are sure that the U.S. is better at health care and everything else than the rest of the world, but they haven’t actually been to other countries. Some naive people on the left think that the dark side of the force is only carried by the U.S., Israel and globalizing corporations, and that anyone indigenous or from an exotic culture is an oppressed innocent. Like the right-wingers, they have led sheltered lives that allow them such a distorted view.

Just before I was due to revise this card I happened to see a 60 Minutes segment on Afghanistan and the general in charge there, Stanley McChrystal. What he had to say, and the way he was portrayed in the segment — he appears to be a highly focused and humble Warrior — had a strong synchronistic relationship to this card. (Of course later we learned that he lacked the humility to realize that he serves at the pleasure of civilian leadership.) For example, McChrystal says:

“You can listen to every radio transmission, down to squad level, and you can watch from the Predator, you can see what’s going on. But you can’t kid yourself that you know what’s going on. But there’s a danger that you do, because you hear and you see it and you think ‘Okay, I know.’ But you’re not on the ground with that guy. You don’t feel it. You don’t hear the bullets. You just can’t make an assessment.”

McChrystal also seemed to understand that military tactics would not ultimately be as decisive as the attitude of the man on the street:

“This is something that takes a tremendous amount of understanding. What I’m really telling people is the greatest risk we can accept is to lose the support of the people here. If the people are against us, we cannot be successful. If the people view us as occupiers and the enemy, we can’t be successful and our casualties will go up dramatically.”

McChrystal, of course, is more than an observer; he’s a leader who knows that he needs the support not only of his own officers and soldiers, but also of the occupied population. If you are the leader of any sort of a group, or seeking to have an influence, many of the same principles apply. Being a leader doesn’t mean being a general, president or CEO, but it is a part of many humble positions in life. For example, when I was a classroom teacher and building security coordinator of a high school in the South Bronx, I needed to know everything I could about what was happening in that world. By earning the good will of students and staff I was better able to fulfill my responsibilities. The narrator of the 60 Minutes piece tells us,

“When 60 Minutes went out on patrol with a squad from the 10th Mountain Division, they were not going into a village to root out insurgents but to offer the people protection and help with their daily lives, which the central government in Kabul has so far failed to do. The only way to win, McChrystal insists, is to earn the support of the people.”

You can’t learn what is going on with people, or be a positive influence on them, if you are disdainful, arrogant or bullying. The person best able to learn and influence is one who is humble and receptive to others. General McChrystal, for example, gets out of his headquarters and meets people at eye level. He makes a point not to wear body armor or a side arm. As he explains,

“If we are visiting Afghans, typically the Afghan governor, district or provincial governor, we see he doesn’t wear body armor, and yet we’re walking through his streets. I’m his guest. I think that that’s important that I send a message that I trust him and I don’t think I am more valuable than I think he is.”

It is very easy to walk amongst people while being armored by a superior, indifferent or cynical attitude. If people sense — and this is something very easy to sense — that we feel more important than them, then we lose our chance to learn from them and for any positive mutual influence to occur.

Consider this a propitious time to take an unarmored inspection tour of the collective.