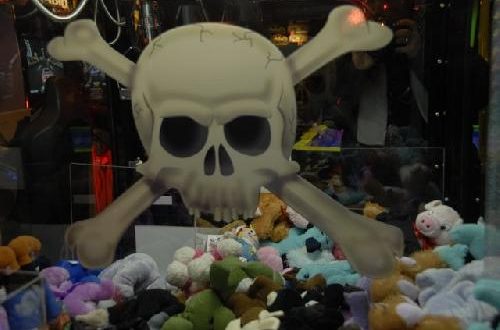 Card #471 – In the Realm of Deadly Delusions

Deadly delusions are often like warm and fuzzy stuffed animals with retractable fangs. At first they seem soft, pliable, warm and fuzzy, the pleasant buzz of those first few drinks, the infatuation that begins aglow with sentimental idealization… Know what your deadly delusions are, and whether they are as yet unrealized or whether they are in various states of manifestation, which can range from subtle self-sabotage to fatal addictions. Thanatos, the death drive, is secretly at work in many souls, leading them toward a fundamentalism, or attracting them toward a charismatic soul guide inviting them into the underworld. Such darkly alluring soul guides could be gurus, politicians, psychotic boyfriends, or any of a variety of under-taking human types. However, the dark soul guide doesn’t have to be human; it can be any object of addiction.

Consider the story line of Performance, Nicholas Roeg’s 1968 film about the encounter of a fugitive gangster (Chas, played by James Fox) with an androgynous, dissolute rock star (Turner, played by Mick Jagger). At first Turner appears to be the dark, trickster soul guide, and Chas is given hallucinogens without his knowing or permission, and then seduced into a world of promiscuous pansexuality. But Chas proves to have a more essential relationship with the underworld than the satanic verse-imbibing androgynous rock star. He concisely reverses their roles by putting a bullet in Turner’s head. This fate is typical of those who revel in the power and glamour of identifying themselves with the role of dark soul guide — there is always someone darker and more deadly.

Consider this a propitious time to employ the will and vigilance to resist the allure of deadly delusions and the dark magicians who wield them.