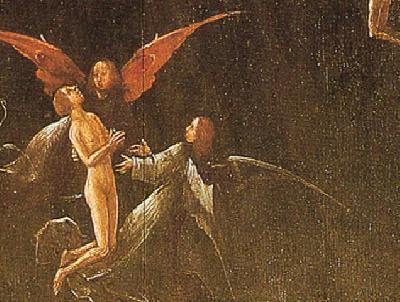 It is an illusion to believe that you are abandoned in the universe without help and must do everything yourself. There are helpers, spiritual allies. Turn the problem over to the cosmos to heal.

Don’t forget that there are good and evil spirits. There are unseen forces at work — some of them hinder us, manipulate us toward darker feelings and appetites so that we produce the sort of energy they can harvest. Other spirits watch over us, respecting our free will, embracing us with love if we allow them.

You are never alone, not in your body, not on this planet, and not in the spirit realm where your soul and psyche live. Our bodies are a colony of 50 trillion cells working together to allow us a corporeal existence on a planet where there are another six billion of us and myriad other living things. But we are even less alone in the spirit world where location is irrealized, and sympathetic vibration transcends boundaries of space and time. Invisible allies in the spirit world and in the microbiological realm work to keep you alive. As above, so below.

In the unseen realm there are watchers and helpers always available. Sometimes we need to tune into their subtle messages, other times to call out for their help, other times merely to allow their ministrations to occur while we are scarcely aware of their help.

There are spirit guides available to help us. External spirit guides include guardian entities, human spiritual allies, great books and oracles. The most important spirit guide, however, is your “Self.” Jung used the term to refer to the totality of the psyche, of which the conscious ego is a small part. Listen for the quiet, calm, compassionate inner voice.

For those willing to read a bit more:

The history of human beings reporting interactions with spirit entities is cross-cultural and cross-period. The culture of scientism, of fundamentalist materialism, is the only I know of that rules out such testimony. Any culture that disregards a whole sphere of human testimony is in trouble. For example, reports of child abuse were once disregarded as improbable. When we did come to finally recognize the importance of such testimony we went in the other direction, and some people irresponsibly interpreted all sorts of general symptoms as indications of abuse. It is best to avoid either extreme and to be neither a true believer nor a debunker (a true believer in a negative).

In New Age circles there is a dangerous and naïve tendency to almost exclusively emphasize spirits as benign. British paranormal investigator Joe Fisher, who investigated the channeling phenomenon, came to discover that something genuinely paranormal was occurring, but that the apparent entities involved were not who they claimed to be. I’ve written an extensive study of his work: The Siren Call of Hungry Ghosts. Some excerpts follow:

Fisher reminds us of the long multi-cultural history of human testimony of entity contact:

Socrates, the great Athenian philosopher, spoke in the fifth century B.C.E. of a being whose voice, from time to time, dissuaded him from some undertaking but never directed him as to what he should do.

The Bible, of course, mentions “ministering spirits” (Hebrews 1.14) without spelling out their perpetually watchful responsibilities.

Robert Louis Stevenson credited the whole of his published fiction to “the single-handed product of some unseen collaborator.” Daily experience convinced the poet W.B. Yeats that “there are spiritual intelligences which can warn us and advise us.” Napoleon Bonaparte believed that he had a guiding spirit which came to him either as a shining sphere or a dwarf clothed in red who came to warn him. And Henry Miller commented that he was “in the hands of unseen powers” while writing his powerful novel Tropic of Cancer. Someone, he said, “is dictating to me constantly — and with no regard for my health.”

Carl Jung, the great Swiss psychoanalyst, regularly encountered a guardian spirit named Philemon, a “force that was not myself” who “seemed quite real, as if he were a living personality.”

In the same essay I discuss some of my own experience with entities:

A fairly well-known person whom I won’t name here, a man I consider to be an absolute genius with whom I worked in the Eighties, heard voices who gave him information that seemed to be inspired and of great value. And for most of my life I have been aware of a somewhat androgynous being living alongside me whom I can visualize, but who almost never intrudes into my mind with voice, and instead influences by presence. He seems to be there whenever I cast my attention in his direction, and there is always the sense that he flows through time in a much different way than I do. There is always a great depth of feeling, humility, and compassion for suffering, and if more specific communication is required by me, he allows me to use my mind and word-forming ability to translate his presence and thought forms into words and sentences. He never takes over any part of my body, never claims to be a doctor or to have a specific past-life identity, never raises even the smallest red flag in my ever fault-finding mind or intuition. I have noticed, however, that if I travel, he will tend to be unusually present, as if curiously witnessing a new part of the world alongside of me (but without taking over my senses).

— I readily acknowledge that this being could be a way that I experience what Jung called the “Self.”

As Fisher points out, an over-arching problem with spirits who work through mediums is that they violate the self-reliance of, at the very least, the mediums they work through, taking control of their bodies and wills. They also encourage a spiritual problem I have referred to as “mislocation of the godhead.” (See Casting Precious into the Cracks of Doom…) They encourage those who interact with them to become infatuated and dependent and to look to them for divine guidance. I am reminded of David Bowie’s character (Jareth) in the movie Labyrinth who says things like: “I ask for so little. Just fear me, love me, do as I say and I will be your slave.”

Although I am against one-size-fits-all formulations, this suggests a behavioral distinction between benign and parasitic spirits. The spiritual ally that I have long experienced in my own life communicates in a nondirective telepathic fashion, leaving me to form into words the emanation that is always loving, nonintrusive and that never overrides my will or takes over my body. The influence seems directed toward enhancement of my own self-realization and service, not toward vicarious thrills. (Malign entities often seem to want to vicariously experience physical sensations through a trance medium or someone they possess.) But it should also be emphasized that malign entities are not limited to possession or mediums to exert influence. Subtle, stealthy telepathic influence by disincarnates to promote dark, compulsive thoughts, feelings, and cravings, cannot be ruled out as a possibility, and if it can be done at all, then that allows the possibility that it may be widespread and a major player in human psychology.

For more on possible malign influence by entities see Mind Parasites, Energy Parasites and Vampires and other writings in the Mind Parasite Section of this site.

For more on how a creative spirit can guide us see The Path of the Numinous — Living and Working with the Creative Muse.