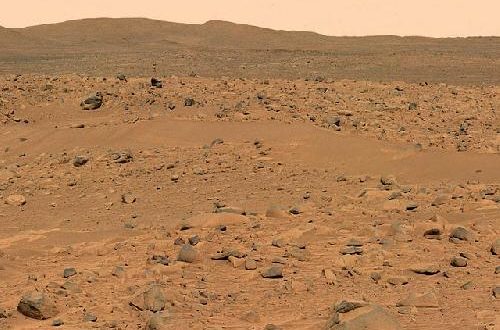 It takes courage to look into the unknown. If we don’t have that courage, we attempt to cauterize and bandage the unknown. We paste labels on the unknown, and want it to flow into the shape of our expectations.

When we attempt to gaze into the future we encounter the horizon line of the unknown. Some unknowns are more unformed than others, and what we think we perceive of unformed unknowns is highly unreliable. In the immortal words of Donald Rumsfeld: “Reports that say that something hasn’t happened are always interesting to me, because as we know, there are known knowns; there are things we know we know. We also know there are known unknowns; that is to say we know there are some things we do not know. But there are also unknown unknowns — the ones we don’t know we don’t know.”

Known unknowns, unknown unknowns, unknowable, unformed unknowns, what aspects of the unknown should we be looking into? The area of the unknown you are most likely to be able to look into, and most need to look into, are the unknown areas of you. As Socrates said, “Know thyself.” There can be no greater moral imperative. Violence — physical, psychological, environmental is mostly done by people who do not know themselves. Bush, both father and son, have said proudly, “I don’t psychoanalyze myself. I only look in the mirror when I’m shaving.” What you don’t know about yourself, you project out into the world, and this is the most dangerous form of unknowing.

Following your core responsibility to look into your own unknowns, there may be a need to look into the unknown areas of some of your key relationships, and to open your eyes to qualities of others you may have hidden from yourself by willful unknowing. I never believe in one-size-fits-all formulations, but a principle that may apply to a lot of cases is not to get too deeply entangled in a romantic relationship, or other major commitment with someone, until you know the shadow side of their personality. Everyone has a shadow, if you don’t see it in another, if they seem just about perfect, then you are probably blinded by idealization or even infatuation. The unknown shadow aspect of yourself or the other will blindside you every time.

Know as much as you can of the others in your life, but always respect their otherness, respect that you may never fully know them, just as you can’t fully know yourself. Some aspects of ourselves and others are unformed, and cannot be known until they actualize in a still unformed future.

The less you know about yourself, the more likely are you to imagine you know the future, and the naïve mind will look toward the horizon line of the future through a glass darkly, and usually see a distorted reflection of the unknown parts of itself, and of its fears and desires.