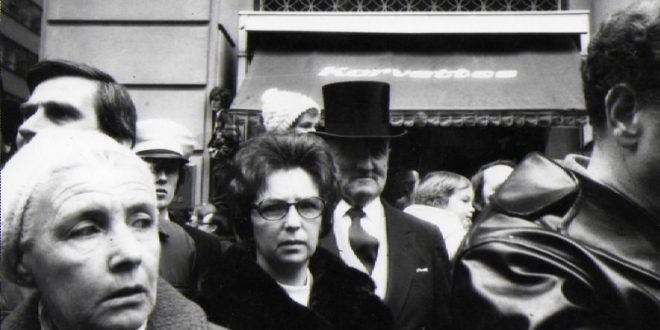 View the light and dark aspects of humanity with clarity and compassion. Jung once said that when walking down the street of a big city you will encounter every sort of human type, from the caveman to the man of the future. Respect and honor those below you, those at your level and those above. It is so easy (I know from my own experience) to fall into sarcastic disdain for unconscious people, but this is an example of our own unconsciousness.

The individualized mutant will tend to view collective energy and what Jung called “mass man” with disdain and irritation. I have certainly been guilty of this. It is so easy to be annoyed or even horrified by the bustling, buzzing, acting-out energy of mass humanity. Mass man is composed of people who don’t really know themselves, or their moment in history, and yet seem to be completely defined by the present era. They are person-shaped creatures who seem to be living stereotypes. They aggregate together and produce much sound and fury signifying nothing.

And yet they are as much a part of nature as stars, trees or viruses. They are part of the cosmic design and must be accepted as such. Like many natural forces, they can be extremely dangerous. Easily manipulated, mass man has been used to create many of the bloody tsunamis of history. More often mass man is merely mundane and a somewhat appalling spectacle to those of individualized consciousness.

The mutant must, of course, be alert to the many dangers and hazards created by mass man. You don’t want to get trampled by a mob, and so it is best to keep your distance. When traveling amongst mass man, cloaking may allow you to be safer. One of the most common dangers of mass man is allowing them to arrest your attention. Sometimes they can be both appalling and fascinating, like the car accident from which you cannot avert your gaze. One of the great dangers they present is that they tempt the mutant toward a stereotyped stance of sarcastic disdain and lazy feelings of superiority. It is so easy to ridicule and feel superior to mass man and that can be a camouflaged version of laziness and stagnation. Feeling superior to unconscious masses can be a way of diverting our attention from our own shadows, our own mediocre and stagnant aspects. When mutants meet other mutants they can all too easily form a bond of mutual disdain of mass man, and mocking them can be a very lazy and unproductive game of shooting fish in a barrel.

This is a propitious time to make your peace with collective energy. Allow mass man to go its own way, while you go yours.