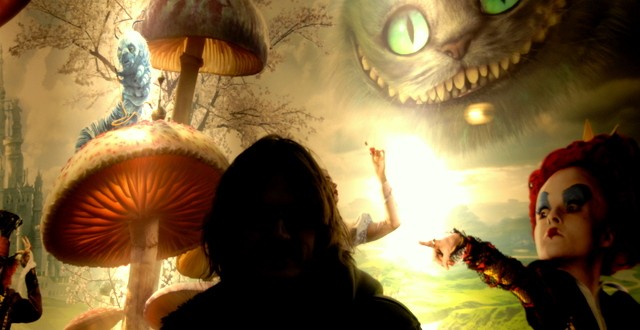 When we experience some thing, person, situation or whatever that we don’t like it is fine to discriminate — discriminate in the sense of discern — that it is not for us, not something we approve of, want to participate in and so forth. It is quite another thing to actively project hatred toward the object of disapproval, however, especially if it is a person or group of people. Hate is a potent emotion, and the origins of the word “emotion” have to do with movement, a movement of the soul (In Latin, “emovere” which can mean to move out or agitate. The prefix “e” means “out of” and the root is “motion.”) Hate is kinetic, it is like an active physical force and is often compared to physical forces like fires and acids. Hate is a force that can damage both the object of hatred and the hater.

This card has a strange origin from both the living world and the spirit world. My friend, Johnny Haeberlin, would sometimes remark when I was going off on a movie or public figure I despised, “Wow, you’re really hating on (him, it, etc).” A couple of days ago Johnny expressed a principle he formulated to me: “Don’t hate, discriminate.”

In the predawn hours of the following morning, what appeared to be the spirit of a friend who had died by his own hand a few months ago, had a lot to say about this principle and I typed up what he said as he said it. Whether this was an actual spirit or a voice conjured by my own psyche really doesn’t matter for the purposes of the card, and, like with other seemingly paranormal things I experience, I allow ambiguity about its origins. I present this context because it is how I experienced it, and the validity of the content does not depend on knowing the source. Here’s what the seeming spirit said with a few personal references removed:

“As Johnny said, ‘Don’t hate, discriminate.’ That is crucial and he deserves great credit for that. I fell on the wrong side of that while I was alive and paid a steep price. I wish someone had said that to me. Keep that phrase with you always, you need it too. When you hate instead of discriminate, you are actually burning part of your spirit body and here you can see that damage very clearly. When you hate, it’s like taking a lit cigarette and burning it into your solar plexus even if it’s over some nonsense that doesn’t even involve you very much. Johnny has gently reminded you a few times, ‘You’re really hating on that John.’ …Remember the dream you had where George W. Bush was cleaning out toilets? A lot of the people you hate on are part of the machinery of the universe playing out some fairly shitty roles that someone has to play out. You can recognize that and choose a different role for yourself, but don’t direct antipathy toward them, that only helps imprison them in darkness… Emotions are highly telepathic, they move, they go out, they have all sorts of effects. I didn’t realize that enough when I was alive. Every time I hated on someone or something I made a cigarette hole in my spirit body until it looked like Swiss cheese. And every one of those damn holes was a place where the mind parasites and the doubts and negative emotions of others could enter. And with every hole there was less healthy surface area for me to perceive, to feel that love that was coming toward me. (deep sigh) Learn from my mistakes and help others to learn from them…

Hold onto that phrase as a lifeline, it’s still more important than you realize. You’re getting it intellectually, but if you felt it from the heart and soul like I do you could weep for an eternity. Discriminate and forgive. Whatever you don’t forgive burns away part of your spirit body and weakens your vitality. And whatever you can’t forgive in yourself is like a cancer that keeps metastasizing unless and until you do forgive it. Talking about this to you is helping me, helping me to clarify what I have to do — I have to forgive myself, and it’s not something I can just do all at once. In the spirit world you realize that you have something like cells, like what cells are in the body, but there’s a lot more of them. These cells are moments, all the moments when you had skin in the game, moments with others, moments of thinking, feeling, perceiving within yourself. These cells are like the cells that they used to make out of gelatin or whatever when they made Disney cartoon movies. Those cells have multiple layers, and one second of your time might consist of a whole lot of those cells, like the frame rate you keep talking about. So every tiny moment I hated on myself and hated on others and on situations — those are layers embedded deep in a zillion-zillion of those cells I created during my incarnation. Now I need to go back, back into every one of those cells and forgive everything I hated on…Had I kept my skin in the game, had I learned to forgive the parts of myself I hated on, and that led to my hating on others and life, than I wouldn’t have to do so much work after…so whenever you hate on anything you put a layer of spirit cancer into so many cells, so many frames, that go by so quickly — out into the world as well as deep into your soul. Those frames are with you forever… (the spirit then applied these principles to my writing, but I’ll omit that here) But yeah, that’s enough about this, just learn to recognize when you’ve been given a gift from the spirit world, often through another person. It could be some seemingly little thing they say, that’s really a lifeline from the spirit world that could save your soul if you could fully grasp it. Sometimes I embraced those gifts, but other times I discarded whole treasure troves of spiritual gifts I was given and paid for that. Don’t hate, discriminate, is a gift you desperately need. We’ll see if you can hold onto it.”

Consider this a propitious time to be vigilant about noticing moments where you may lapse into hate, and transforming those into discriminations and forgiveness.