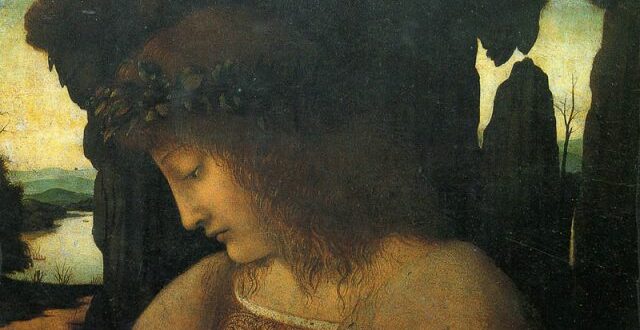 I believe this is a detail from a Da Vinci painting. Obviously some Renaissance master. If you know email: jonathanzap@hotmail.com CARD URL: https://www.zaporacle.com/card/despondent-angel/

So often the small abrasions of every day life cause our gaze to gravitate downward, but there are so many things in our lives that are helping to raise up our spirits, but that we do not acknowledge. Look up, and see all the amazing possibilities that being alive is presenting you. The journey of your life would be very boring if darkness were not interwoven into it. The downward gaze is self-referential and internally considering. Raise your gaze through external considering, empathically connecting to what other people are experiencing and feeling.

Great horizons open when you will yourself to raise the downward gaze.

Dealing with Zones of Inner Jeopardy

Read my review of Pronoia: Is the World Spiraling Toward Eucatastrophe or is that just my Pronoia?