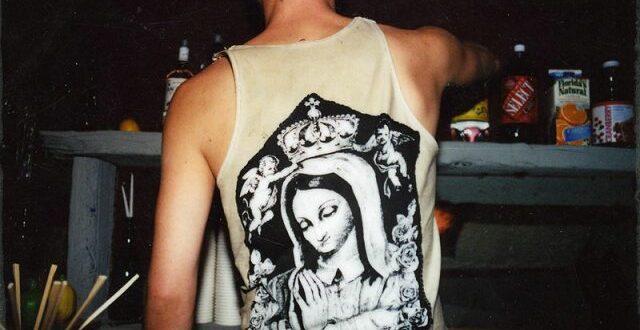 photo of Elijah at the Circle A ranch just outside of Boulder CARD URL: https://www.zaporacle.com/card/androgyny-a-dynamic-balance-of-yin-and-yang/

Card #255 – Androgyny — a Dynamic Balance of Yin and Yang

Hermaphrodism, as June Singer uses the term, means the confusion of masculine and feminine, an immature pastiche of qualities typical of rock stars and rock star wannabes, costumed adolescents, and also of the admirers of same.

See Casting Precious into the Cracks of Doom — Androgyny, Alchemy, Evolution and the One Ring For a quicker, more informal discussion see Stop the Hottie! Here’s an excerpt:

Aristophanes, in Plato’s Symposium, says that before we incarnated in our present forms we were spherical beings containing both genders, but on this plane we are fractured into (usually) gender specific bodies. A painful and illusory consequence of this split is that we would seek some other, some Hottie perhaps, to complete us, to be our “better half.” But two halves don’t make a whole, they make a quarter. If you did, however, rediscover the inner wholeness you always had within, then you would be in a great place to have healthy, relationships without addictive, obsessed codependence.

The more imbalanced we are, the less we have integrated the masculine and feminine elements within ourselves, the more voraciously will we pursue them on the outside. But we can never regain our inner wholeness by seeking to import it from outside. If we are missing part of our inner wholeness, we become a hungry ghost forever trying to devour this missing inner ingredient in an addictive all-consuming and never satiated effort to find it in the outside world.