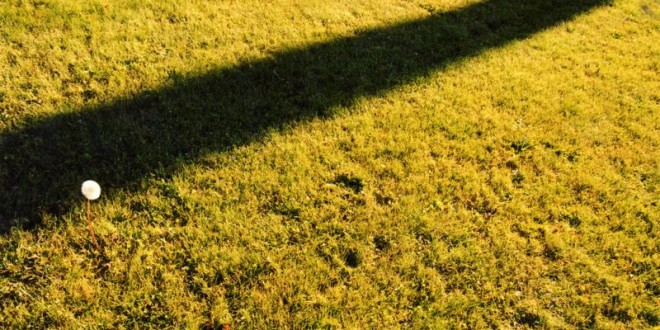 Brokeback Mountain and the Value of Laconic Brilliance

January 14, 2011 Practical Psychology, Reviews Comments Off on Brokeback Mountain and the Value of Laconic Brilliance 2,015 Views

This will be sort of a movie review or two, but mostly a tangent on laconic brilliance. I saw Spielberg’s latest last night, Munich, and I must say that many of the missing gaps in my knowledge of what life was like for a Israeli assassin in the early 1970s have now been filled in. It was pretty tight, but not exactly a feel good type of movie, since it is all about moral ambivalence. Next holiday I hope we can get more of an optimistic feel good movie about early 1970s Israeli assassins. Their job is to assassinate Arabs who planned the abduction and murder of Israeli athletes during the Munich Olympics.

It is superbly executed (no pun intended), well realized characters, the main character an example of that male laconic thing, which I find a bit frustrating. Repressed guys of few words don’t impress me, I always think of the Marlboro man and a cow boy with lung cancer cause he thinks sucking on coffin nails is more macho than talking. Anyway, this movie is a good laconic riff on tribal hatreds, but if you have strong sentimental feelings about early 1970s Israeli assassins you may feel a bit disillusioned.

Since I knew I was going to be abusing the word laconic (I’ve already used it a very unlaconic five times) I decided to look it up in the dictionary. It has a very laconic definition—-“few words” or ”very few words.” Apparently the etymology has to do with the ancient residents of Laconia who were apparently very terse, taciturn, laconic, of very few words. I’m trying to be verbose to illustrate laconic by contrasting example.

Wasn’t sure if I was going to like Brokeback Mountain since the advertised plot premise—two cowboys who fall in love while otherwise conducting typical hetero lives,—-seemed like some contrived Hollywood premise—-Queer Eye for the Cowpoke Guy, or something like that. But when I looked up the reviews everyone gave it their highest rating, and since I am such a movie addict, and an unoccupied Jew on X Mass Eve, I decided to give it a try. Brilliant performances by Jake Gyllenhaal and Heath Ledger. Heath Ledger, who I usually associate as a Hollywood glamour boy, was amazing playing a cowboy so laconic that he made the Marlboro Man seem like a motor mouth. Ang Lee, who directed Crouching Tiger, Hidden Dragon seemed an odd choice to pull off so perfectly early Sixties into early Eighties Wyoming and Texas cowboy world rendered with perfect high resolution verisimilitude.
This is not the fastest moving movie. If two gay glaciers ever fell in love, their romance might move along at a similar tempo. They don’t get to see each other that often because one lives in Texas and the other in Wyoming. Come to think of it George Bush and Dick Cheney are from Texas and Wyoming. Bush and Dick, does that tell you anything about which one is the top and which the bottom? But the cowboys are a helluva lot more likeable, especially since they work their thing out by fucking each other instead of the whole rest of the planet. Still, I was a bit ambivalent about the movie till the last 15 seconds, which were pure, stunning laconic brilliance. Heath Ledger’s character alone in his trailer, a couple of gestures culminating in a monologue of exactly three words, perfectly delivered, and expressive of everything. As a writer and photographer, when I experience a fellow artist pull off a clean moment, perfectly concise, not a wasted element, a moment of simplicity with resonant depth, well…..sends shivers down my spine. That’s where Ang Lee’s Asian sensibility could be implied, like the master oriental calligrapher who says so much in a quick brush stroke or two. Akira Kurasawa had a moment like that at the end of one of his epic films, probably Ran, a completely visual final moment with no words at all that was like a diamond bullet.

In photographs I love the clean look, hate, hate busyness. Like a surgeon friend of mine once said laconically, “If in doubt, cut it out.” Whatever doesn’t necessarily add to your creation subtracts from it.

Consider the famous Haiku by Ezra Pound published in 1913.

IN A STATION OF THE METRO

The apparition of these faces in the crowd; Petals on a wet black bough.

Yeats had great laconic lines like that in his apocalyptic poem, “The Second Coming.”

“The best lack all convictions, while the worst Are full of passionate intensity. “
Amazingly prophetic especially since he died long before the last two presidential elections.
Another great Yeats line with so much depth of meaning,
“Love has pitched its tent in the place of excrement.”
And then my all time favorite meaning dense lines:
“History is the nightmare from which I am trying to awaken.” Stephen Dedalus—James Joyce.
And the best lines of movie dialogue:
“There’s a splinter in your mind you can’t get out…..This is the world that’s been pulled over your eyes. ”
And then there is my favorite laconic poem of all time:

So much depends upon a red wheel barrow
glazed with rain water
beside the white chickens.

Come to think of it, I just posted on the site a few very laconic brief stories that I wrote in 1986 and 1990. Here’s one of them that is both brief and involves a laconic male dialogue:

“Life sucks.” Marc said in a flat, quiet voice while passing a
joint to his friend, Andrew. It was late August and the two boys
were reclining on the slopping walls of dusty grass and tangled
weeds leading to the bottom of the sump where they frequently
went to smoke.
“You always say that.” said Andrew
“Because it’s true.” replied Marc. There wasn’t much that
could be added to this since they both felt it so strongly, and
they lapsed into silence passing the dwindling joint back and
forth, staring up at a sky that was darkly hazed by the smoke
that nightly rose from the power station. Delicate swirls of
marijuana smoke spiraled about them in a small, private
atmosphere that floated upwards toward diffusion into the
heavy canopy of dark smoke above.

The most brilliant laconic line of dialogue that I ever heard a person speak in real life was spoken by about the most evil kid I met in 14 years of teaching. I was the Dean and building Security Coordinator for a public high school in the South Bronx and there was a particular kid who radiated primal malevolence, a mugger who bragged about how he hurt people. One time he was in the hallway making noise while classes were in session and I told him he had to leave. With sullen defiance he replied, “I ain’t got do nothing but die.” Like a fractal where the smallest part recapitulates the whole, there are those signature moments when the whole pattern is revealed, as he revealed the whole arc and intention of his incarnation in a single line.

I’m going to end this tangent on laconic brilliance with something I wrote in a brief essay entitled Operation Infinite Projection just after 9-11. In this essay I describe the greatest speech of the 20th Century which was only one sentence long and summed up the entire century, if not the entire human condition.

The best speech that any human being ever gave was a single sentence long and was spoken by a Westerner in the Twentieth Century under the most difficult possible circumstances. It was concise, self aware, got to the heart of the matter and was impossible to disagree with. Was it Winston Churchill? No, it was Jeffrey Dahmer speaking at the conclusion of his trial for serial murder and cannibalism.

They say that most people are more afraid of public speaking than the electric chair. Now imagine this challenge: You have just been convicted of being a sex abuser, a serial killer and a cannibal, following a trial that involved a mountain of graphic evidence of your absolute guilt. You stand before a courtroom of your accusers and are on global television. People in the court room have just delivered their “victim impact testimony” cursing you and damning you to hell. Now you have to get up and in a single sentence make the most self aware and illuminating speech that a human being has ever uttered and which no one could possibly contradict. Jeffrey Dahmer stood up and with great simplicity and sincerity said,

“I can only assume that I must be evil or crazy or both.”

Now that is laconic brilliance.