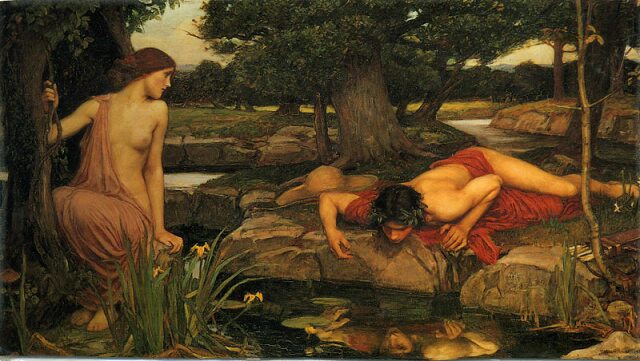 We live in the age of the narcissistic personality type. Even if we are not narcissists ourselves, we are all affected by the narcissism of others.

Although I’d been influenced by Ken Wilber and others to think of the Baby Boomers as the most narcissistic generation of all time, recent research indicates that narcissism has only increased in subsequent generations. (See: The Narcissism Epidemic, a book I haven’t quite finished reading, but that is a real eye-opener on the subject). Studies show that America leads the world in narcissism. Our emphasis on self-esteem in education has resulted in kids who feel better and better about abilities that have gotten worse and worse. For example, a recent study found that 39% of American eighth-graders were confident in their math skills as compared to 6% of Korean eighth-graders. When actual math skill was tested, however, the Koreans eighth-graders trounced the Americans. The celebrity parade is such a prominent feature of our culture that we are almost too immersed in it to notice it as a thing-in-itself. “When asked whether they would rather become famous, smarter, stronger, or more beautiful, 42% of black teens said famous, as did 21% of white teens.” (Narcissism Epidemic)

Narcissism has consequences. As The
Narcissism Epidemic

points out, “A recent psychiatric study found that the biggest consequences of narcissism — especially when other psychiatric symptoms were held constant — was suffering by people close to them.”

The narcissism you are dealing with may be mostly in the other or others rather than in yourself. If so, I recommend reading A Field Guide to Narcissism.

As a recovering sub-clinical narcissist myself (I’ve never had narcissistic personality disorder, am not narcissistic about looks but have other forms of self-importance) , I don’t expect to eliminate my narcissism any time soon, but I don’t want it to rule me either. My approach is to be mindful of my narcissism, watch its ebb and flow, reign it in when I notice that showing off or the desire for attention are undermining my interpersonal communication or intra-psychic balance.

When narcissism is in the ascendant we feel entitled, self-important, and our needs and wants seem far more significant than those of others. Sometimes feeling pumped up on ourselves can produce a drug-like high, but other times it will mobilize forces in ourselves, in others, and in the cosmos that will puncture our inflated self. Narcissism can undermine the possibility of intimate union with others. As our gaze is mesmerized by the magic mirror of self-regard, we lose engagement with what life is offering us.

A hidden evolutionary side to narcissism has been lacking in all the descriptions of it that I have encountered. Narcissism also wants to explode the barriers that obstruct powerful communication of the self with others and to vividly enter their welcoming perceptual field. A perfect narcissistic fantasy, for example, would be to emulate Jimi Hendrix playing searing guitar chords to a stadium full of mesmerized, electrified fans. What we call narcissism may actually be the pathologized form of an evolutionary drive toward more powerful communication, toward new telepathies. Those with a greater latent capacity for such communication may experience alienation and an insatiable urge for greater recognition from others. Paradoxically, the evolutionary urge for more powerful communication pathologizes into an urge for attention seeking expression that leaves the narcissist more cut off from true intimacy with others. 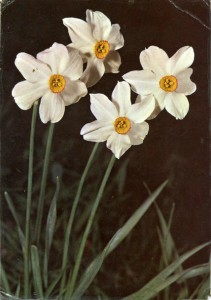 (The following is from Crossing the Great Stream — Education and the Evolving Self, an article I wrote for Holisitic Education Review in 1991)

Narcissism is a complex phenomenon, elusive of reductive explanation. Surveying some of the work on the subject, one finds a wise avoidance of conclusive definitions. Narcissism cannot be understood in purely clinical terms. Clinical reports on human personalities are simply, as my former writing mentor, E. L. Doctorow, once pointed out, “the industrialized form of story telling.” So what follows is not meant to be a conclusive description, but merely my version, with some help from others, of the story of Narcissus.

Narcissism is a state of being that occurs when one is cut off from a deeper connection with the self. A deeper connection with the self involves an awareness of a spiritual or meaningful dimension to life. It creates a center from which we can experience individuality as well as be part of the whole or unity of things. It allows us to see that others are also individuals and part of a world that is not our own inner theater, but a larger stage on which we are just one more player. Lacking this deeper connection, the narcissist does not fully perceive his or her own reality, but rather identifies self with the exterior face or costume that he or she presents to the world—the persona. The narcissist lives in the magical, omnipotent universe of the infant where the world is an audience to his or her starring performance.

Alternatively the narcissist may seek a blissful, mystical reunion with the world (womb) through drugs, psychedelic experiences, or an idealized fantasy love object. The narcissist’s feelings tend to be undifferentiated, typically alternating between a state of global rage and a depotentiated state of lethargy.

The narcissist may not have received the sort of love and nurturing necessary to develop or maintain a deeper connection to the self. The prevalence of disintegrated families with immature and distracted parents, often quite narcissistic themselves, and the whole “culture of narcissism,” contribute to this problem. On the deepest level, our culture is deficient in those meaningful experiences that suggest to the psyche the larger dimensions of life. Instead our culture abounds in fantasies of rage and omnipotence and is preoccupied with surfaces and appearance. (end of excerpt)

In my essay on Burning Man, Incendiary Person in the Desert Carnival Realm, I describe some of my struggles with narcissism:

The many-layered process of my working on my narcissism/self-importance has been going on for decades and may continue for many more years, or at least until I become head of a world government federation, after which I may just be too busy.

Meanwhile, the work continues. In the most recent phase I’ve become more aware of the metabolism of narcissism, and specifically what happens when my narcissism isn’t merely a subtle overlay, but turns into a process of actually playing out grandiose fantasies in my mind. When that happens, my energy body becomes inflamed and burns with an orangey-red fire, a fire that is synergistic with the inflamed hyper-caloric fire of high-glycemic carbs, coffee and alcohol. What shifted was an increased mindfulness of the metabolic aspect of this, and a new awareness of what a massive energy drain it is… These wasteful fires intensified to gasoline-rubbish blazes when I was inflamed by grandiosity and/or inferior nourishment…

When narcissistic fantasies did come up, I found myself quickly repulsed by them and aware of their unacceptable cost. For example, I was biking down an avenue in Black Rock City, cool visual details and intriguing artwork everywhere, when a narcissistic fantasy began to play out for a couple of minutes. I stopped myself and realized that during the blocks I had traveled while the fantasy played out, I hadn’t noticed any artwork. I had been captivated by the inferior reality tunnel of my narcissistic fantasy, which deprived me of awareness of much more interesting content in the outer world.

Later in the essay I reacted to many of the narcissists I encountered at Burning Man and how I tried to use their narcissism to motivate more awareness of my own:

Nowadays when I find myself intensely irritated by another narcissist I try to use the energy of the irritation to increase my vigilance about my own narcissism; yet another example of my cutting-edge work as a leading pioneer in self-importance research.