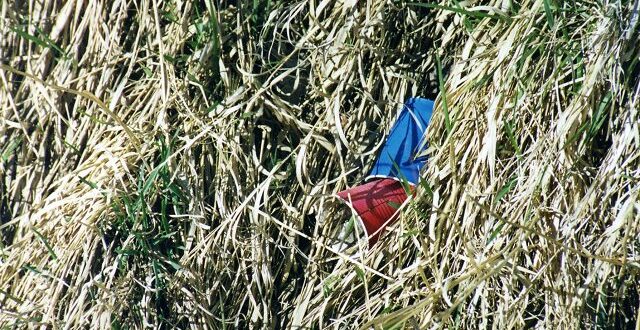 One of my few titled photographs: "Cupulation" CARD URL: https://www.zaporacle.com/card/erotic-connection/

That’s the extremely short version. If you want to probe more deeply, consider the following dream and my interpretation as well as the links that follow:

The dreamer is a young man, about twenty-four years old. Here’s his narration of his dream:

On the ground, I found this crystal that had a little human soul with a male and a female face right next to each other. I recognized it to be a fetus (though it bore no resemblance to a real life fetus) and turned it around, noting how the male/female faces almost seemed to fade into one another if I turned the crystal in the proper light. Kind of like a hologram.

The scene jumped to where I was at a house party with a bunch of people dressed up like devils. There was a plastic 50-gallon drum of thick, syrupy urine in the corner of the room.

Try as I might to avoid it, I somehow accidentally stuck my leg in the barrel and had to take my pants off. So I was wearing a bikini bottom and nothing more.

A woman congratulated me on finally being in costume. There was this one guy who was very stout with round cheeks who started flipping me shit for standing him up. Apparently I was supposed to be on a bus tour with him and I didn’t go, but I had no recollection, and I kind of blew him off because I really wanted to get the urine off of my leg.

This retarded kid in a crash helmet (literally retarded) got run into by a couple of huge guys in devil costumes, and they pinned me against the wall by pounding into him.

I pushed back so hard that I threw those guys on the floor.

Then I said I would murder anybody who would try to pin me again. The retarded kid rushed right back towards me but I raised my fist and gave him a mean look, and he backed off.

The woman who said that I was finally in costume came over to me, and said I might be able to use the bathroom when everybody is out of it.

She pointed at the door, and rather than wait I rushed right through. There were stairs that I climbed up, till there was a big hallway.

There were bedrooms, but one door was the bathroom. Inside the bathroom, a beautiful Latina girl was taking a bath. All of a sudden I also had a Latino accent. I told her my story, but as I was explaining it a voice was narrating over our conversation. He was saying something about how it was the beginning of an epic love story.

For some reason I knew that this was the daughter of the woman, and that the mother seriously hated her daughter and thought she was a bitch. But that I was seeing her sensitive side in which she agreed to end her bath early so I could clean myself up.

Thanks for sharing this amazing dream. I would like to add it to Casting Precious if you’re OK with that. The interpretation seems pretty straightforward, but as always what I say is a projection, the only validity is what resonates with your inner truth sense as the dreamer.

A powerful statement about the collective eros — that it is ruled by thanatos, the death drive, the power principle. The image of the aborted fetus is exciting because this is the human form in the most powerless, most degraded, humiliated condition and therefore the masturbator can revel in a feeling of power, and displace their own feelings of powerlessness, degradation and humiliation onto another turned into an inanimate object. The opposite of I/Thou eros, this is I/it thanatos.

You have the “opposite problem” — your eros is life-affirming apparently. Of course, life-affirming eros does not have to be connected to fertility and reproduction, but, metaphorically, being attracted to pregnancy puts you in the opposite camp. Your life-affirming eros makes her uncomfortable. Although it might seem more natural to be made uncomfortable by the thantos-eros of masturbating to aborted fetuses, whatever is the collective norm is what is seen as correct, and what’s different than that makes others uncomfortable. Similarly, when as a non-religious person I speak against promiscuity — random hook-ups that leave out true intimacy and the heart connection — that can make others uncomfortable as if I had offended against what is only normal, right, natural and wholesome.

Your life-affirming eros allows you to see a revelation of the primordial human form which is not gender specific, but is more of a crystalline hologram. A crystal is matter crossed with divine form creating an object that partakes of both. A hologram, like a fractal, is a pattern that partakes of microcosm and macrocosm nested together. The primordial human form is an androgyne containing both genders and it can incarnate as either one. As I’m sure you know, all fetuses begin as females and some differentiate into males and others fall into a third, hermaphroditic category. See: Casting Precious into the Cracks of Doom — Androgyny, Alchemy, Evolution and the One Ring“>

In this first part it is as if you are in the cosmic place of seeing the essentials of human incarnation — that you are in a realm where thanatos rules, but your essence/eros runs counter to that and recognizes the essential nature of incarnated souls. Then you step out of the cosmic frame and descend into the fallen realm, the house party of devils, the place where the collective eros reigns. You can’t help but to be contaminated by contact with this realm, and though it seems physically improbable, your leg, which is a phallic-like appendage, ends up in the urine barrel, a quantity of urine that seems a product of the many, the collective. The urine barrel seems symbolic of the degraded intimacy of sex on the level of the genitalia so that it is associated with the scatological. It is thick and syrupy, so it seems meant to be sticky and hard to get rid of. In the bikini you are exposed as a sex-object and are congratulated for having become a sex-object, for being “in costume.” Most of the details following don’t matter, you are having random experiences in the moronic inferno of the collective energy — all sound and fury signifying nothing — retarded, sloppy violence with a vortex of collateral damage, etc.

To escape this toxic, fallen world you seek to regain your feminine. You are told you can use the bathroom, but only if everyone else is out of it. Usually we don’t need to be told that, since it is the default bathroom protocol, but the statement has symbolic import. You can only reconnect with your feminine when everyone else is out of the bathroom realm — i.e. when the contamination of the collective is removed from your sexuality. Symbolically meeting that condition, you are then able to reconnect with your anima, your feminine, your soul. She is Latina — exotic, equatorial, the realm of primordial femininity, and she is in water, cleansing and rebirthing herself, and as you encounter her you start to become Latino also, you are merging with the anima, with your lost feminine. You recognize that although the true feminine is despised by collective evaluation (the mother), that she has a beautiful side.

The structure of the dream is simple and tripartite. You begin in a place of cosmic unity where you are privileged to see the essence of things, then you descend into the fallen world where you are inevitably contaminated, then you break free of the collective contamination and encounter (and begin to reintegrate) your feminine.

Consider this a propitious time to evaluate whether your sexuality is ruled by eros or thanatos.

and other documents in the Eros, Love and Sexuality category of the writing section
2020-08-06
tjd