Home / Dream Interpretation / Adhesions and the Timelines of the Unconsicous 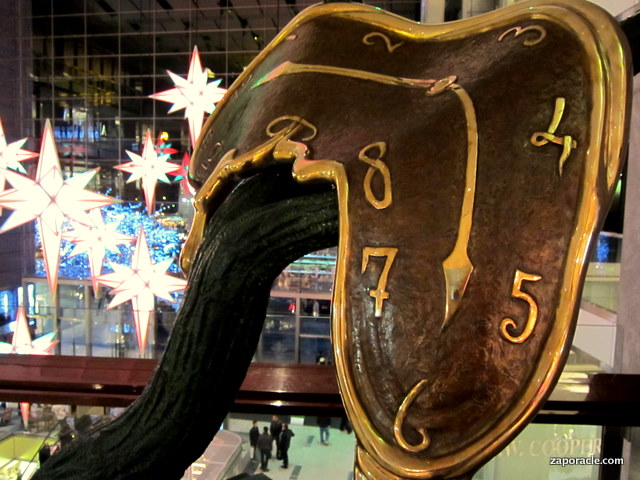 The following is a slightly adapted journal entry, and when I write for myself I tend to do so in a highly dense manner, but I hope this will still be accessible because it relates to a phenomenon that affects most of our lives. Emotionally intense experiences, life phases, and relationships, tend to form timelines that continue in the unconscious, and sometimes these alternate timelines can enrich the soul, and other times they can divert massive amounts of psychic energy away from our being fully engaged with the present.

Last night’s dream was a variation on a dream I have had many times before, where there seems to be an extremely emotionally charged recapitulation of the timeline related to my teaching on Long Island, from which I departed in 1995. The details are hard to convey, and if languaged would not seem to justify the emotional intensity. That particular year was such a huge bifurcation for me, and my call to adventure involved genuine sacrifices that continue to reverberate—I gave up both complete economic security and also daily work with kids. But this choice was one that absolutely had to be made, and when these dreams occur it feels like I am experiencing both the pain of the sacrifice and also the pain that would have been involved had I continued on that timeline, pain that seems, in dreamtime, to have a momentum toward tragic outcomes, a timeline where I miss my destiny. It appears that the life I led had built up so much psychic momentum that it continues to create its own emotionally charged timeline in the dreamtime even though in June it will be 13 years since I have left it in the waking life.

Intuition is guiding me in a different direction now though, asking me where the emotion of the dream is trying to take me. It seems to be showing me an image of the past timeline, and past desires, as though they are adhesions (the little strings of connective tissue that constrict flexibility of the body) constricting the expansion of my soul. As I realize this I can feel some of these adhesions being torn away. As they begin to release, I experience an intensity of catharsis that seems a lesser version of what some near death experiencers report about the life review. The dreams are exposing emotional adhesions that can keep me from fully bonding to this timeline, from fully embracing the present moment, keeping me in a disassociated state as energy is diverted into maintaining other timelines in the unconscious.

The classic example of this is someone living one life, while at the same time holding on to a lost romance or departed (through death) significant other. They typically self-medicate, and live only partially in the waking timeline, as large parts of their energetic/emotional bodies remain committed to a timeline that continues in the unconscious. The answer, for me at least, being highlighted by intuition, is to allow tearing away of these adhesions so as to more fully bond to the present timeline.

Adhesions to lost relationships can divert energy from relationships that are actually present. One reason why teaching maintains such persistent psychic momentum that its timeline continues in the unconscious, is that it involved so many moments of vivid presence. Relating to kids, teaching a class of some thirty students, forces presence because there is so much psychic energy present that disassociation (except in the case of really bad teachers) is almost impossible. People who live a disassociated life working in a cubicle, etc. may find that the timelines of high school, college, or military service— periods when they had more intense bonding to a group— continue and become a subject of nostalgic reverie or spontaneous recollection. Similarly, traumatic events like war trauma, involve moments of such absolute presence and terror that they retain psychic momentum and their timeline continues in the unconscious, ready to erupt into the waking consciousness at moments of disassociation. These sorts of visitations from the past are not likely to happen when highly present, say when you are engrossed in a conversation with someone, but are more likely to happen when alone, when in a twilight state, or a state of intoxication.

High level fantasy writing (and fiction writing in general) involves the investment of emotional energy into a timeline that is not generated by the long shadow of sentimental attachment, but that is continued in the unconscious erupting episodically into the conscious. Anne Rice, for example, went into an alcoholic depression when she lost her daughter. She came out of it by writing Interview with a Vampire. Energy from the timeline related to her lost child was diverted into intense fantasy timelines.

For the creative person, energy needs to flow into alternate creative timelines. Conversely, what I call "mind parasites" prefer energy to remain fixed into stagnant timelines which generate negative energies they can feed on, like marrow remaining in an old bone. A poor diet feeds these corroded timelines because their low quality of vibration more readily accepts the low vibratory quality of inferior nourishment.

This tendency can be readily illustrated by an example familiar to anyone: We have an old drunk at a bar, and at a certain phase of his drunkenness the present dissolves and he reminisces about emotionally charged events from the past. Eventually the present audience dissolves into a blur as well, and whether anyone in a present timeline is engaged or not, he continues to live out these stagnant emotionally charged timelines, interacting out loud with relationships that exist only in memory, etc. It is as if these timelines are like corroded arteries, but ones that actively accept the low-quality energy of drunkenness and stagnant sentimentality as better than the present timeline.

A kind of loyalty to these past timelines exists in the stagnant person: He is married to them, and wants the metabolism that feeds these low quality fires. The heightened energy that people feel when they fall in love, or when the Muse captivates them, has so much greater intensity than usual because energy is flowing into a new and alive timeline and not being reabsorbed into old ones. For the average person, it is the interpersonal relationship that is the main thing that can magnetize energy into the present. Even so, the relationship will quickly become the new point of adhesion, and old arteries will attach themselves so that the new relationship will begin to “carry the baggage” of past relationships and merge with the old timelines.

The creative person, able to give himself completely to the Muse, is one of the types best able to personify freed-up energy capable of intense focus in the moment. Another example of a person with powerful freed-up energy is a saint, someone like the Dali Lama, who is able to be intensely present when they encounter a soul. This intensity is allowed by their not being sentimentally attached to just a few close relationships. Therefore, when they encounter a new person, this freed-up energy is able to sharply focus on that particular person while they are the subject of attention, and the person they encounter is likely to be deeply affected by this moment of presence. Of course, the average person will then form an adhesion to that moment of time, but will not internalize the lesson: He too can move toward such intensity of presence himself by freeing energy from adhesions so as to make it available in the present. Top flight athletes and others who can get into "the zone," are able to bring a dazzling focus to the present moment.

It would be a mistake here to overstate the case, because  past timelines serve a purpose for the soul, and the soul has its reasons that reason and principles of energetic efficiency know nothing of. For particular souls, at particular life phases, for example the very old who are doing a kind of life recapitulation while in the body, this may be where they need to go. Also, key relationships remain important to the soul even when the other has departed the body or is no longer available. These relationships continue as timelines, and in some cases these relationships may even develop, evolve and deepen without the physical presence of the other. Sometimes people can do creative things with the diversion of energy to past timelines.  Perhaps the most famous example is Marcel Proust’s masterwork, Remembrance of Things Past.

The conscious individual has to discern for himself which past timelines are worth the maintenance costs of being left running in the present.

Previous Pushing the Envelope, Boundary Expansion into Novelty in Personal and Evolutionary Contexts
Next Beauty in the Eye of the Phase Shifter